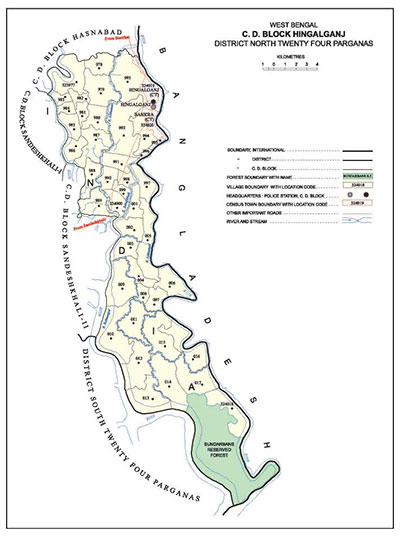 As per the Population Census 2011 data, following are some quick facts about Hingalganj Block.

As per Census 2011, there are total 3,931 families under Hingalganj Block living in urban areas while 3,931 families are living within Rural areas. Thus around 8.6% of total population of Hingalganj Block lives in Urban areas while 91.4% lives under Rural areas. Population of children (0 - 6 years) in urban region is 1,739 while that in rural region is 17,141.

In Hingalganj Block out of total population, 74,515 were engaged in work activities. 54.6% of workers describe their work as Main Work (Employment or Earning more than 6 Months) while 45.4% were involved in Marginal activity providing livelihood for less than 6 months. of 74,515 workers engaged in Main Work, 7,767 were cultivators (owner or co-owner) while 17,577 were Agricultural labourer.