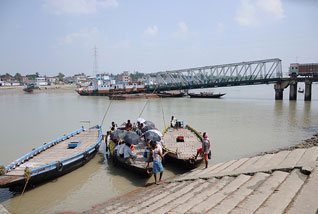 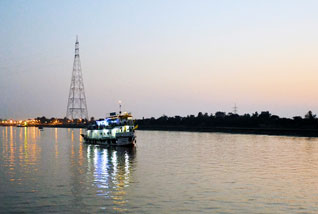 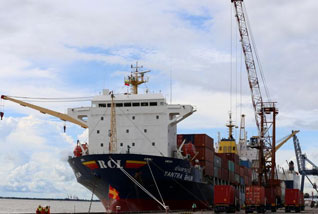 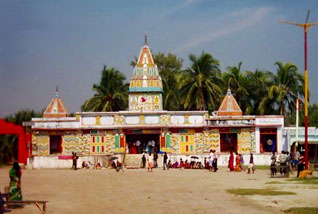 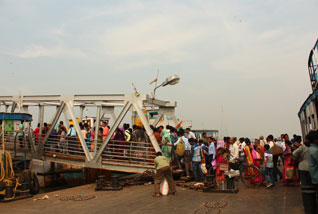 The luxury tours to the Sundarban carry on the year round, and the monsoon holds its own magic over tourists on the expanse of the Sundarban, September and May is the most likely time for tiger-sighting.

Namkhana is located on one of the many deltaic islands spread across southern Bengal. Most of the islands are part of the Sundarbans, barring a few at the fringes. Some of these are joined together with bridges over narrow creeks. This small island juts out into the vast expanse of the Bay of Bengal. Namkhana comes under the subdivision of Kakdwip in district of South 24 Parganas in West Bengal, India; and consists of 07 Gram Panchayats (e.g. Budhakhali, Frezargang, Haripur, Moushumi, Namkhana, Narayanpur and Sibrampur) and 39 Villages.
Namkhana Block with an area of 370.61 sq km lies on the south-western corner of West Bengal. It is connected with Kolkata by overall 132 km long all-weather road and severs by a ferry service over 150 m of water separating the island of length 27 km from the mainland. The population of the block is about 1.6 lakhs and the total number of households are 29007 with population density per Sq. Km nearly 433 (2001 census) in 39 villages engaged mainly in agriculture and fishing.

Sagar Island (also known as Gangasagar) lies on the continental shelf of Bay of Bengal about 150 km (80 nautical miles) south of Kolkata. It belongs to the Republic of India and is governed by the State government of West Bengal. It has a population of about 1,85,644 living in about 44 villages. The area of Sagar island is approximately 504 km².
It is also rich in mangrove swamps, waterways and small rivers. This island is a famous Hindu pilgrim place. Every year on the day of Makar Sankranti (14th of January), millions of Hindus gathered to take a holy dip in the confluence of Ganga and offered puja in Kampil Muni Temple. West Bengal government is planning to build a deep water port in Sagar Island.
Sagar Island can be crossed by vessel and Sagar & Ganga meeting point can be reached via State & Private buses & taxis also which are charging between INR 450 to INR 700 generally and it takes about 40 minutes to reach point.

There are many cheap rice hotels all over the Sagar Island, serving good quality Bengali food to the visitors. For accommodations, are too many places to choose from in South Sagar. Some are named below. In the time of Sagar Mela or the Fair, the number of accommodation increases drastically with temporary camps/hutments from many commercial and non commercial organizations. It is advisable to book your accommodation prior to go to Sagar Island in the time of Sagar Mela.